Form and Fiction, a show by husband and wife team Pieter Molenaar and Marlet Ashley, runs from August 30th through September 18th at the Pearl Ellis Gallery in Comox. Although married, their styles could not be more different. Marlet Ashley experiments in abstract and collage using acrylics and mixed media while Pieter Molenaar is a classically trained artist whose skies, seas, cities, and landscapes echo realism with a touch of impressionism.

Pieter Molenaar is an internationally known Canadian West Coast artist transplanted from The Netherlands. Molenaar admires the Old Dutch Masters, an admiration revealed in his style—his colours are rich and his tones evocative. Molenaar's paintings reflect a brooding, pensive, and compelling atmosphere that is most obvious in his scenes of pending storms in rural settings, roiling waves of seascapes, and slanting light down city streets. He uses oil exclusively since it allows him such a broad scope of expression. Pieter Molenaar uses dramatic colours, contours, and brushwork to enhance scenes from the West Coast, the Prairies, and The Netherlands. He creates a unique and intelligible impression of his subjects, which is much appreciated by those who admirer and collect his work. Pieter Molenaar’s paintings provide the “form” part of this show.

Marlet Ashley was born in Windsor, Ontario where her interest in art began when she landed a job as a weekly Arts and Crafts columnist for the Windsor Star. After writing a story on the Essex County Potters’ Guild, her interest in pottery grew, and she became a potter herself, winning awards and selling in local shops and at art shows. Her sales from pottery paid for her tuition to university where she studied and later taught psychology and then did graduate work in English Literature and Creative Writing at the University of Windsor. There, she taught as a sessional English and Creative Writing instructor. After moving to Vancouver in 1995, Marlet taught at various colleges in the lower mainland, finally securing a tenured position as an English instructor at Kwantlen Polytechnic University. Marlet Ashley is the author of the textbook Literature and the Writing Process, a series of children’s books—five illustrated stories collectively titled Revelry on the Estuary—and a single book, Must Be Christmas. She feels fortunate to enjoy a life filled with literature and art. With her whimsical collages of birds and near-abstract mixed-media landscapes, Marlet Ashley’s paintings deliver the “fiction” portion of this show.

The reception for this show will be held Saturday September 3rd 1:00-4:00 PM to which all members of the public, friends and family are welcome. 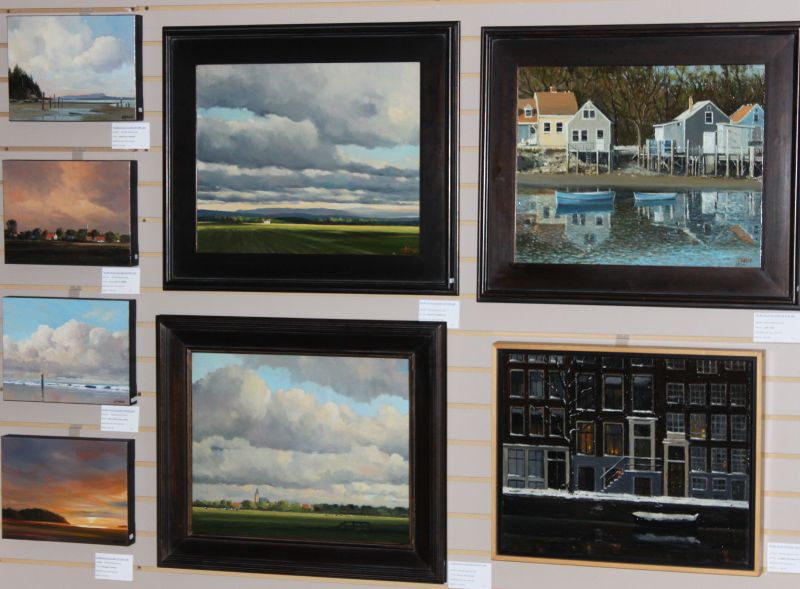 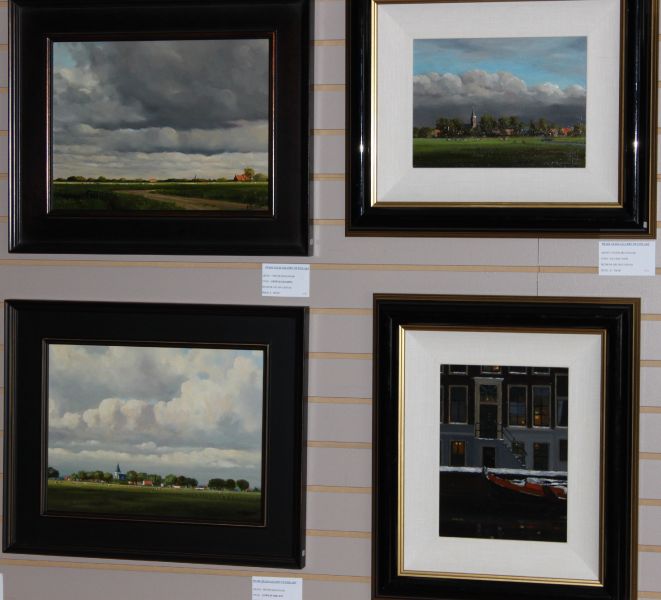 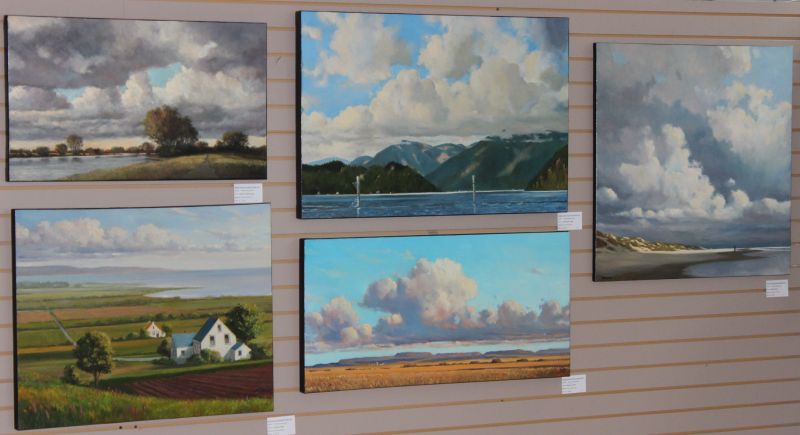 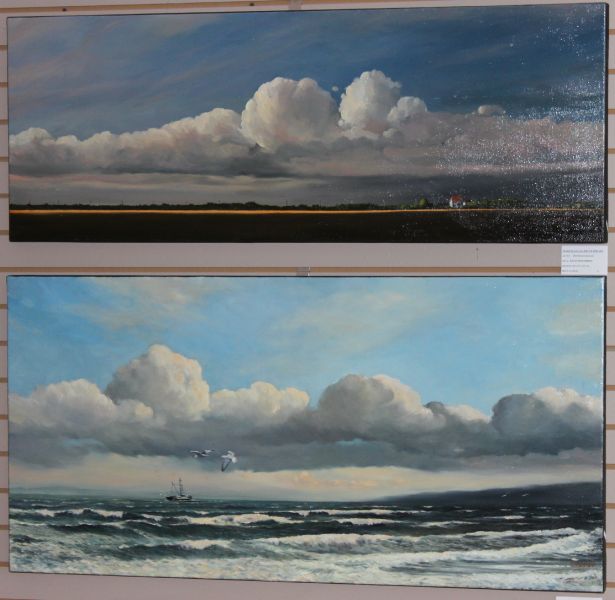 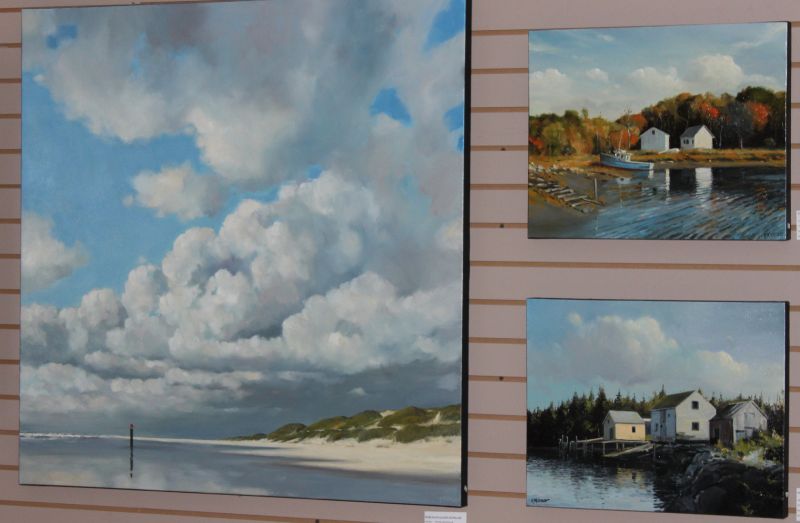 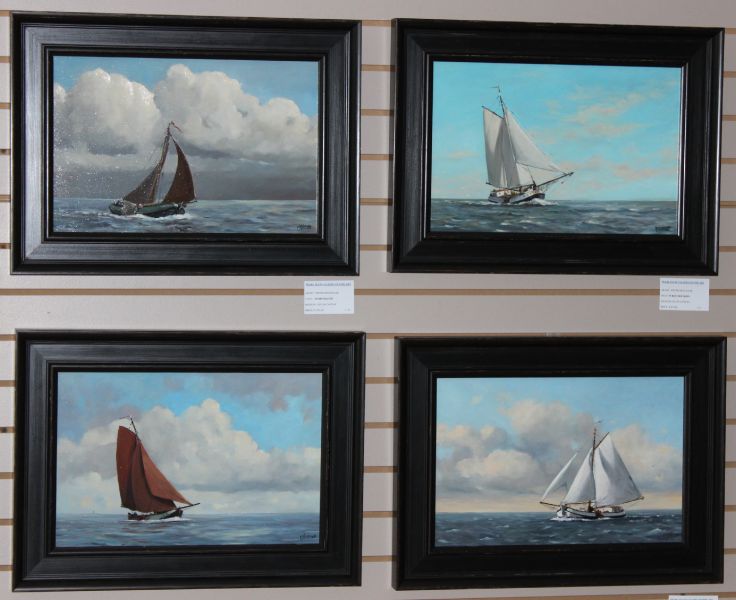 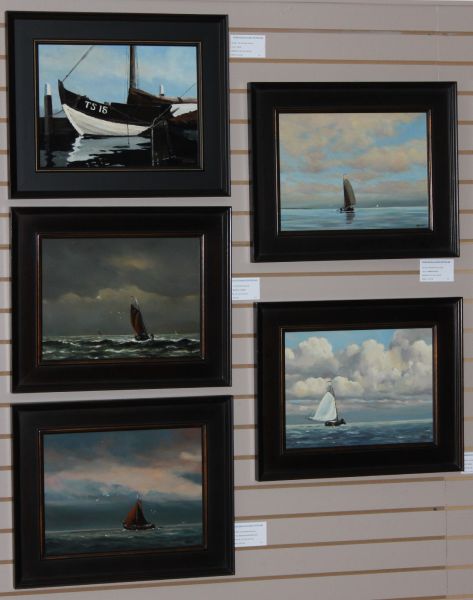 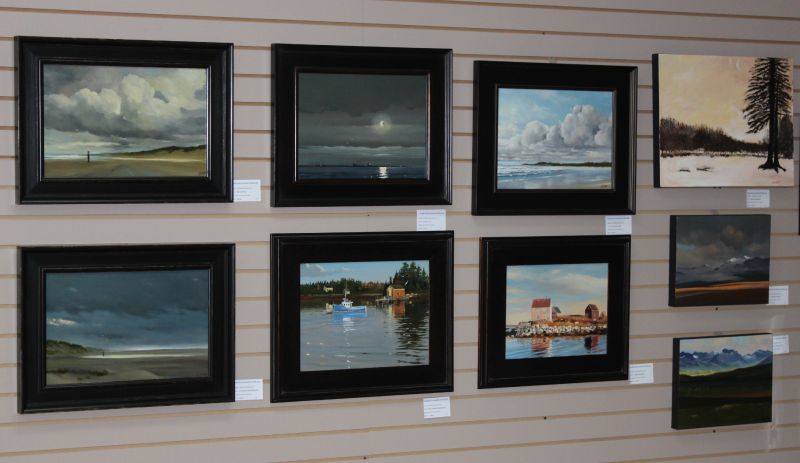 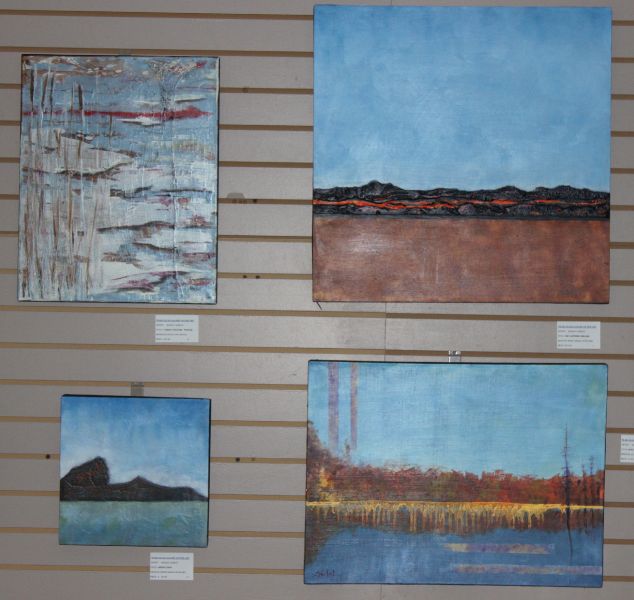 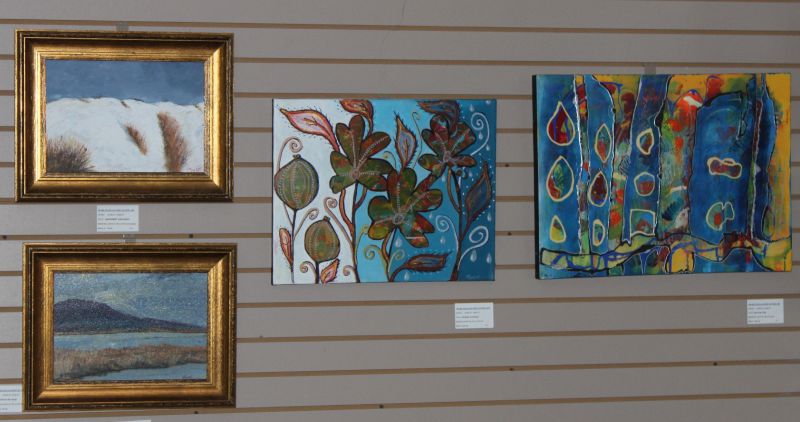 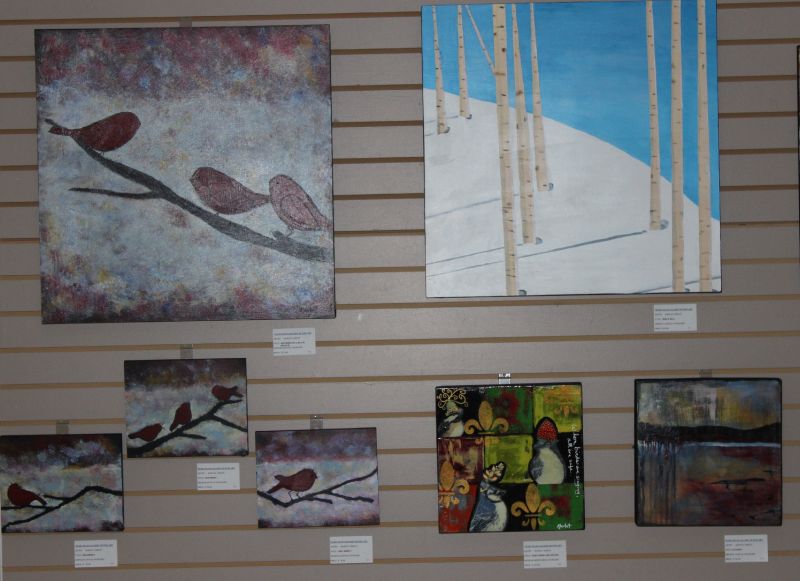 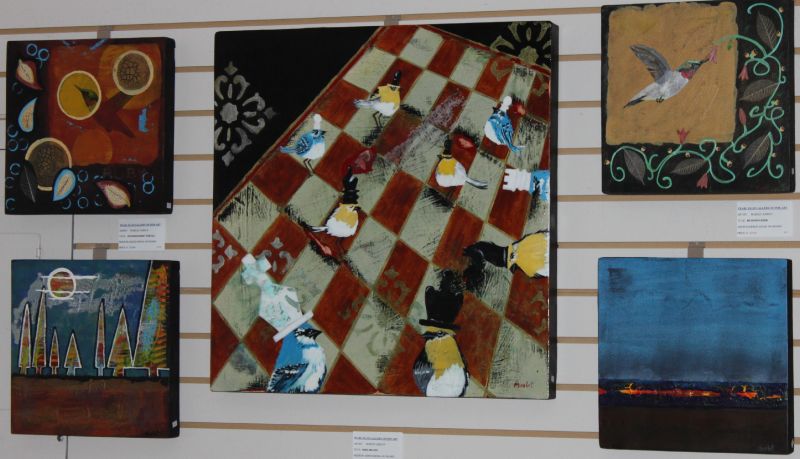 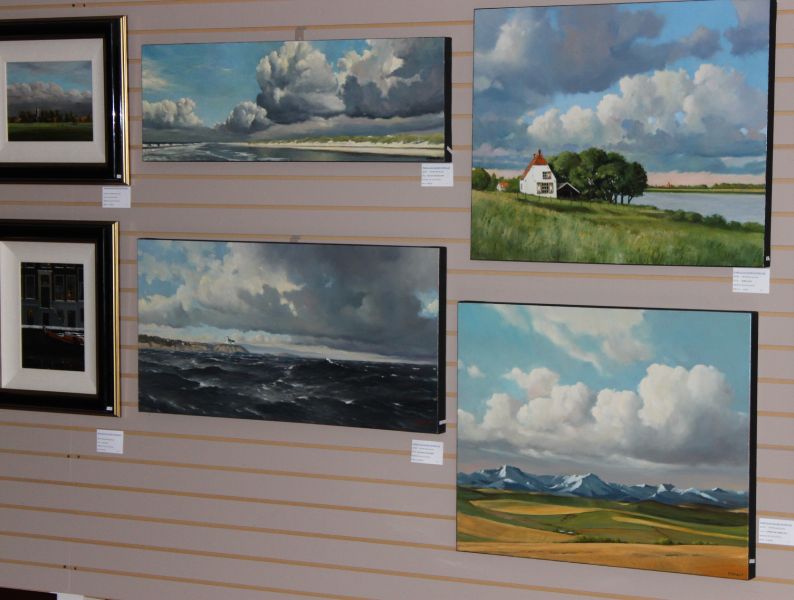