The Pearl Ellis Gallery in Comox will be starting a new show on March 31st entitled "Landscapes and Other Things". The show, which primarily has oil and acrylic paintings of landscapes, is being put on to showcase two relatively new artists in the Comox Valley. David Netterville and Jock MacNeill have been painting together since first meeting back in 2009 when they took classes together.

David, also from the prairies, came to the Comox Valley from 22 years in Europe in 2008 and has been studying painting since then with various artists. He continues to take lessons twice weekly and says that he is trying to develop a style while concentrating on getting the composition and brush strokes properly done. David has participated in classes from a number of gifted artists since retiring to Courtenay and has moved from water colours (the easiest medium for the kindergarden class teacher to clean up but the most difficult to master) to acrylics (which dry too fast on the palette) and has finally settled on water-soluble oils as his preferred medium. His canvasses generally depict local west coast scenery as in his paintings of "Bamfield Coast Guard Station" and "Comox Marina and Goose Spit" with the odd experiment on abstract painted from imagination such as his "100 Eyes" view of the underwater estuary.

Many of Jock's paintings, such as "Paradise Glen" and "Imagine", reflect the scenery of the Yukon where he where he was School Superintendent for Yukon's Dept. of Education for many years, while others convey his vivid imagination as evidenced in "Fiction" and "Maui". His goal during painting is for recreation as a tool and a hobby. He enjoys making bright colourful paintings just for fun.

The art show and sale will be from Tuesday March 31st until Sunday, April 19th. A reception will be held at the Gallery on Saturday, April 4th between 1 and 4 pm when it will be possible to meet both of the artists and discuss their work.

As local artists just starting to show their work, both David & Jock say that they will keep their prices down so that as many people as possible can afford to purchase a memento. 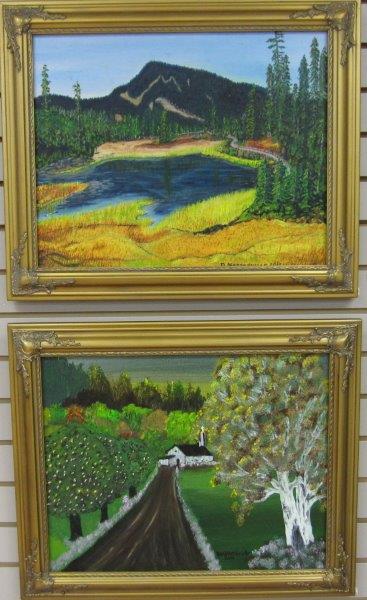 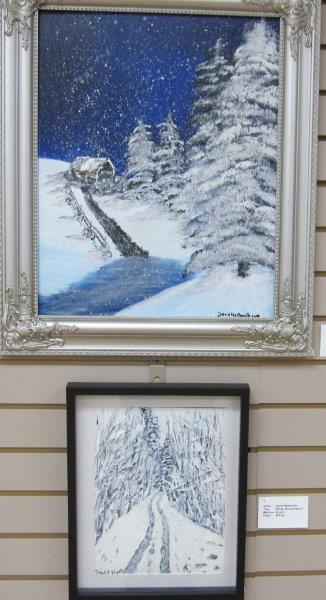 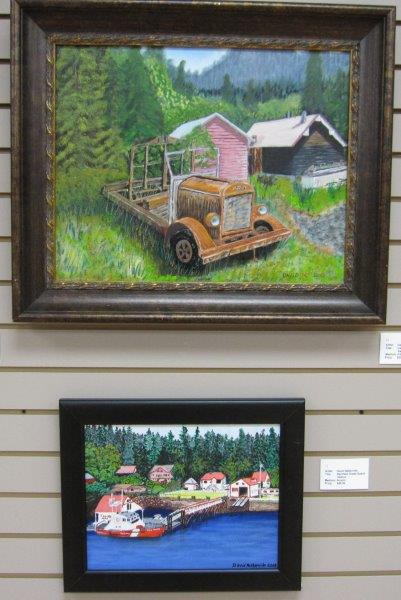 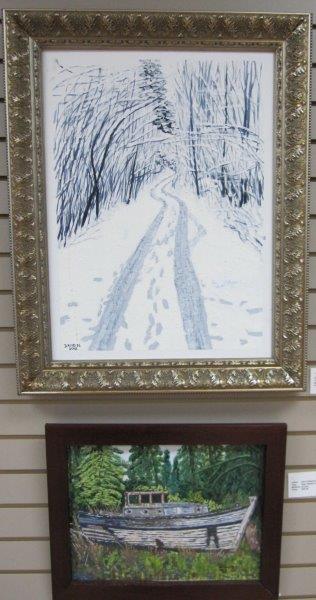 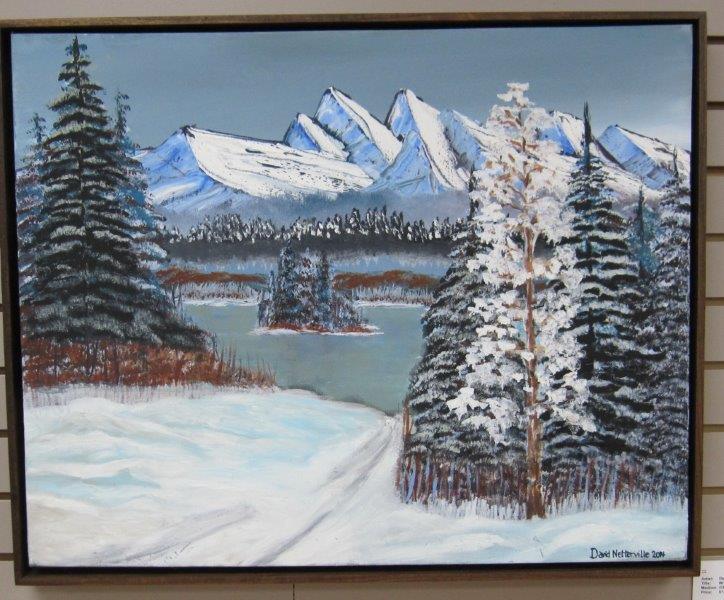 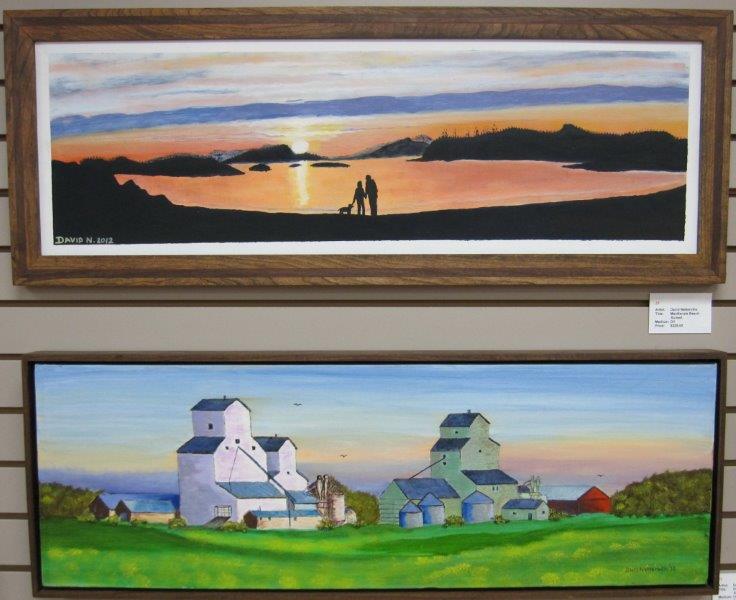 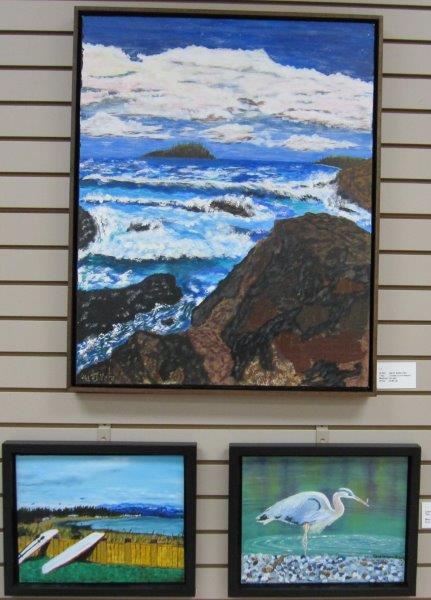 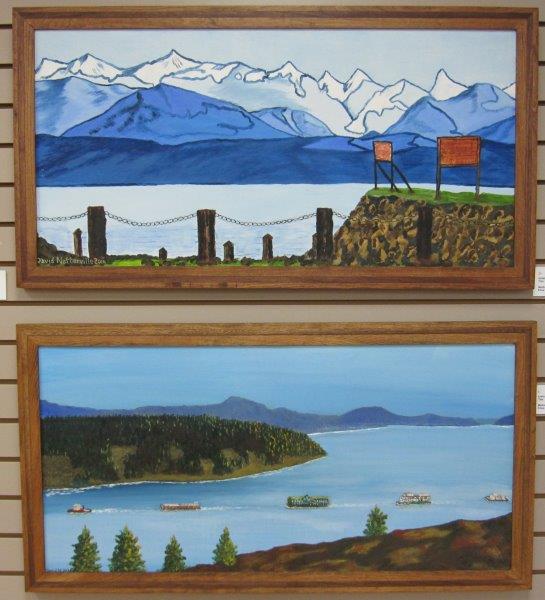 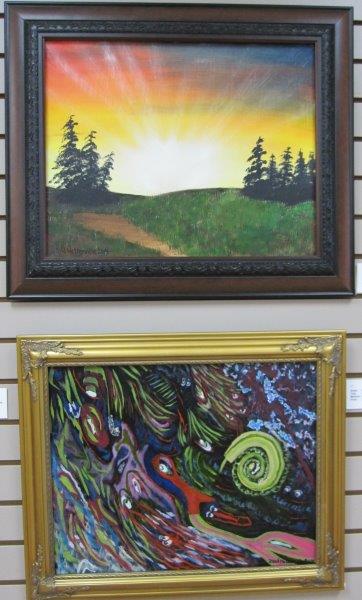 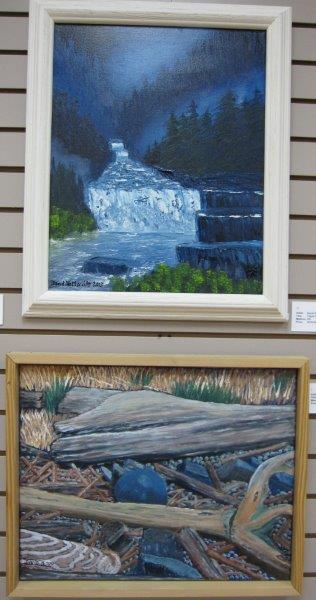 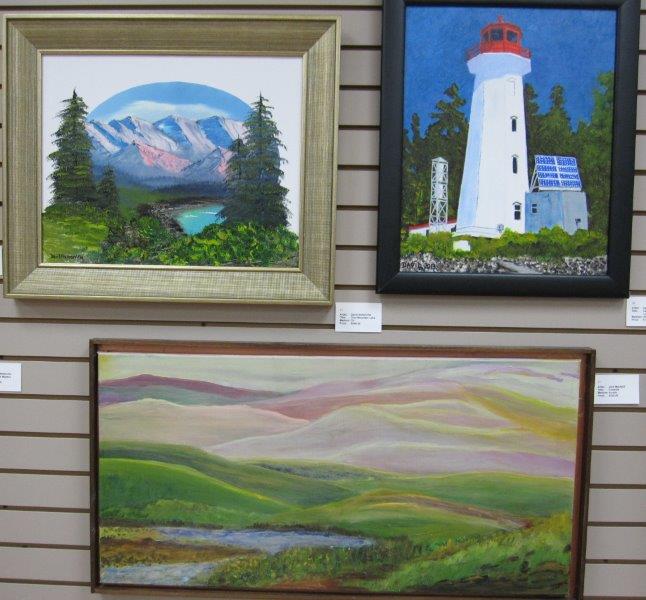 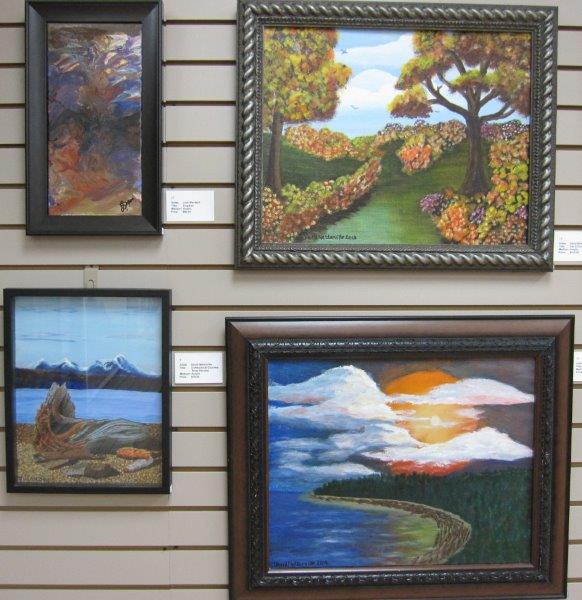 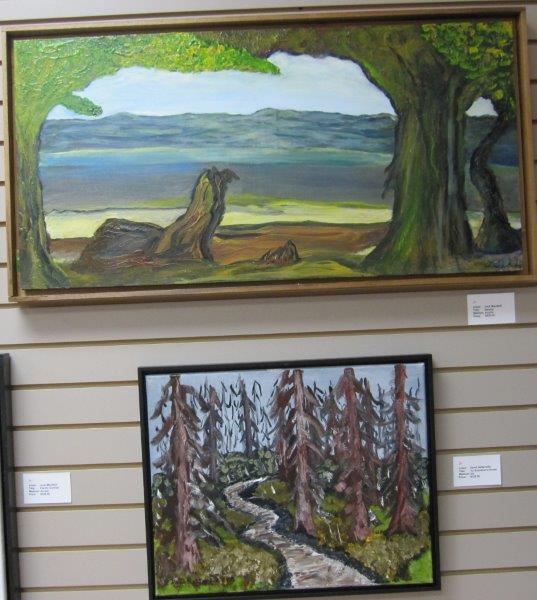 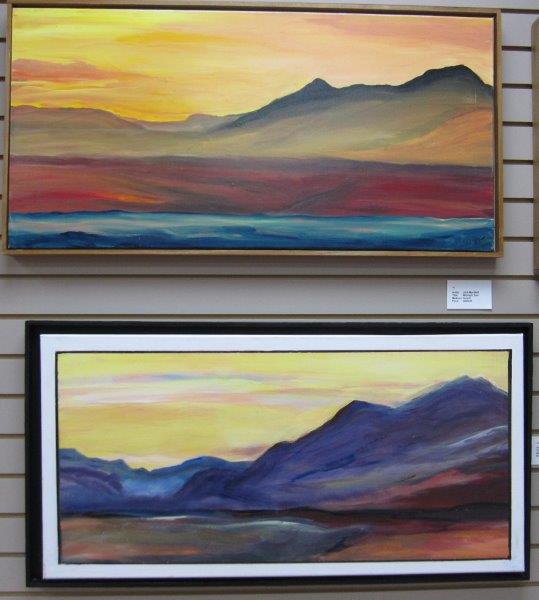 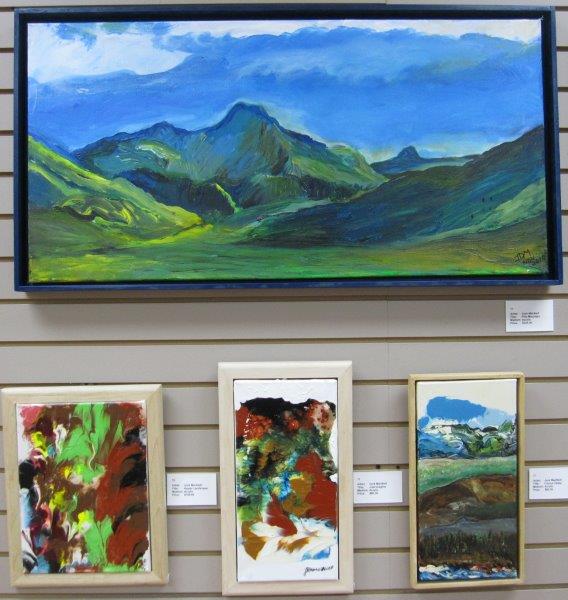 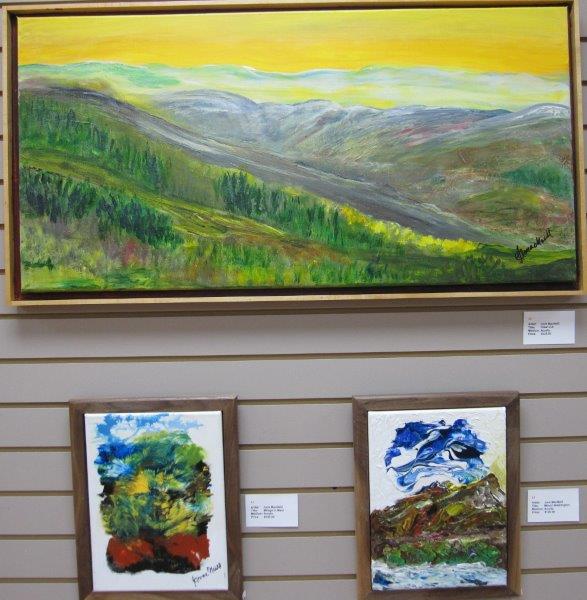 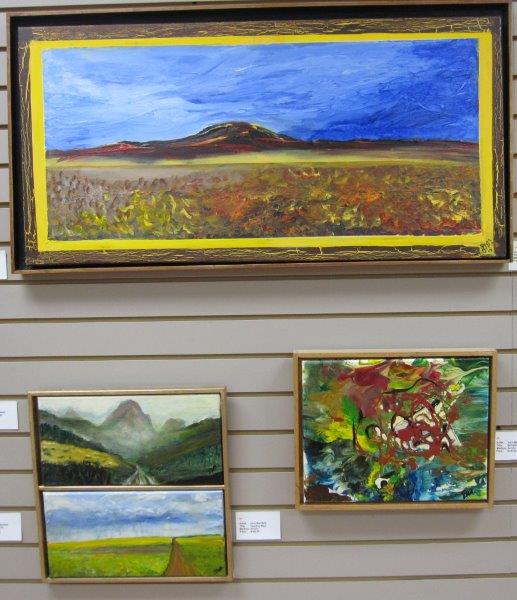 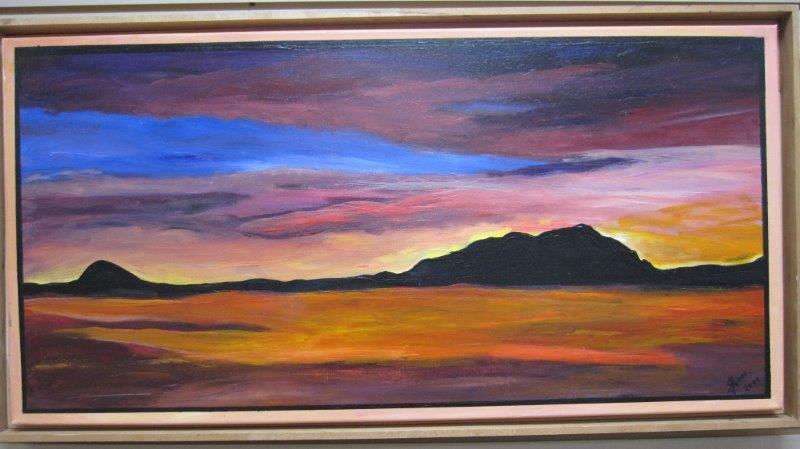 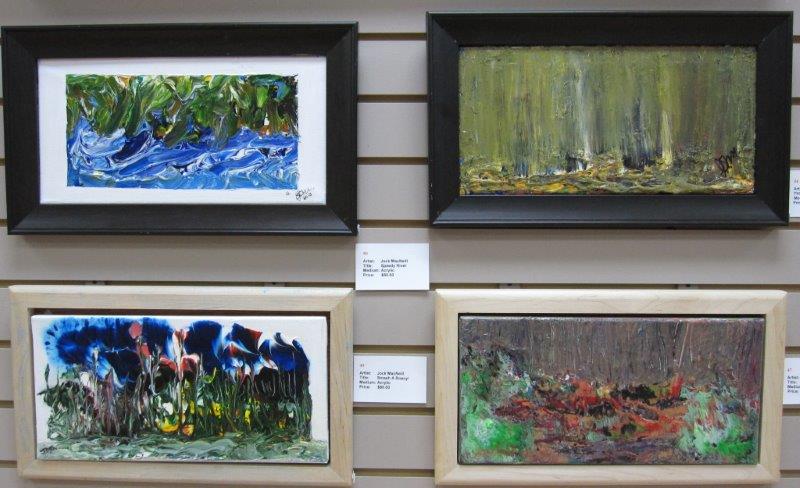 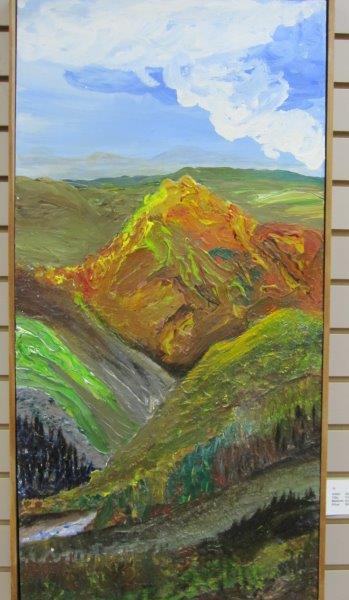 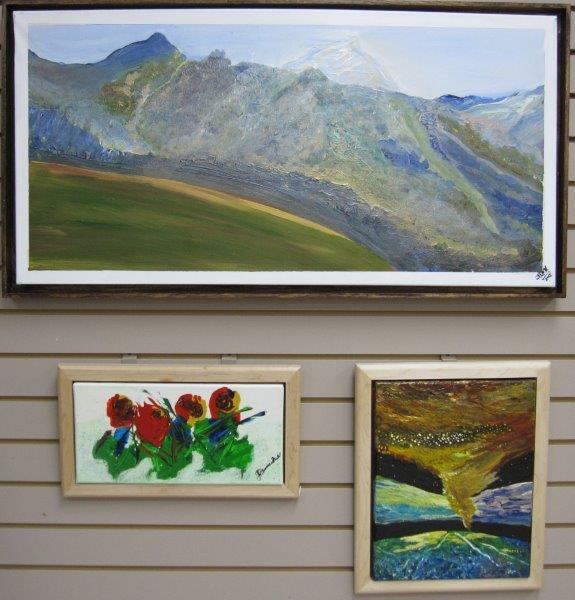 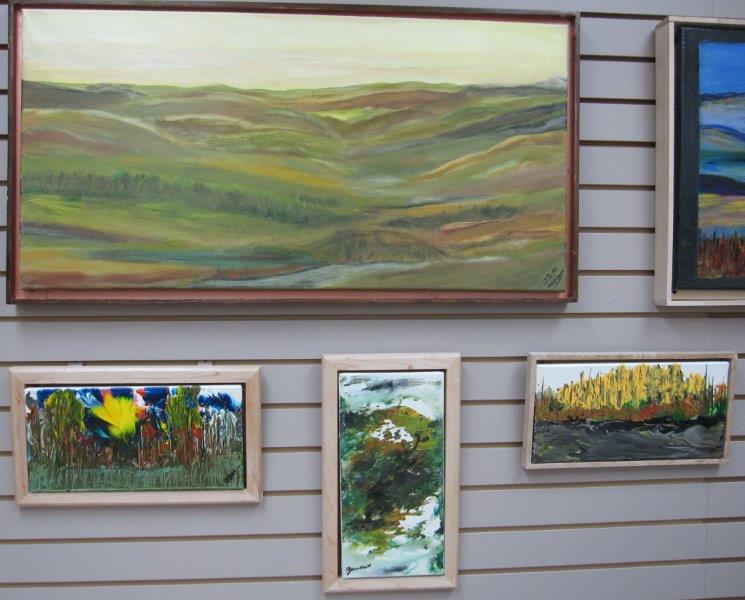 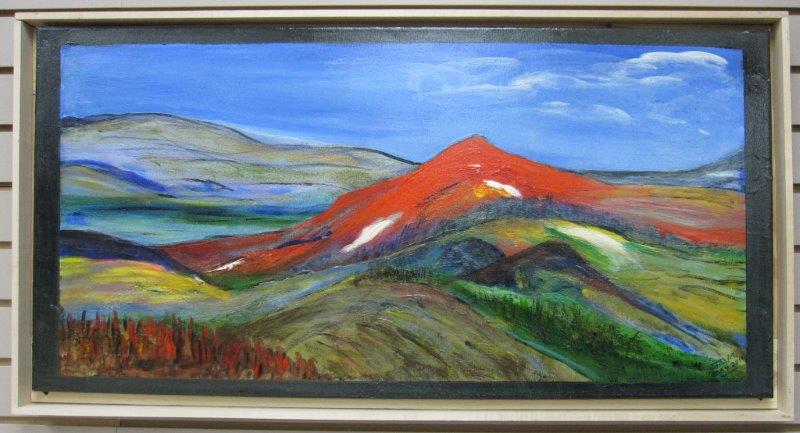 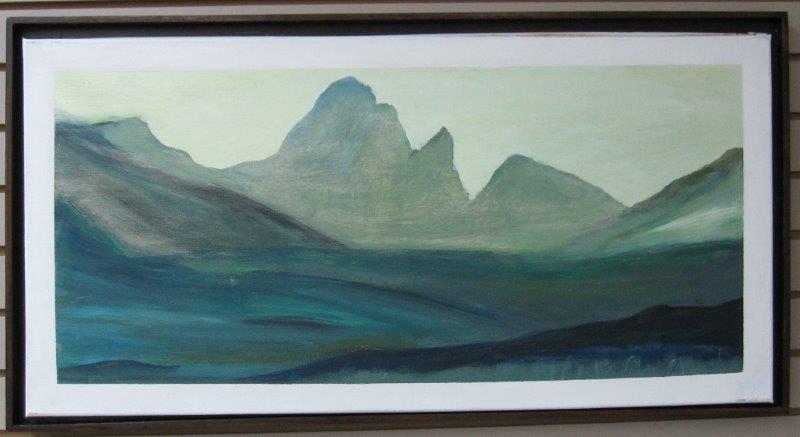 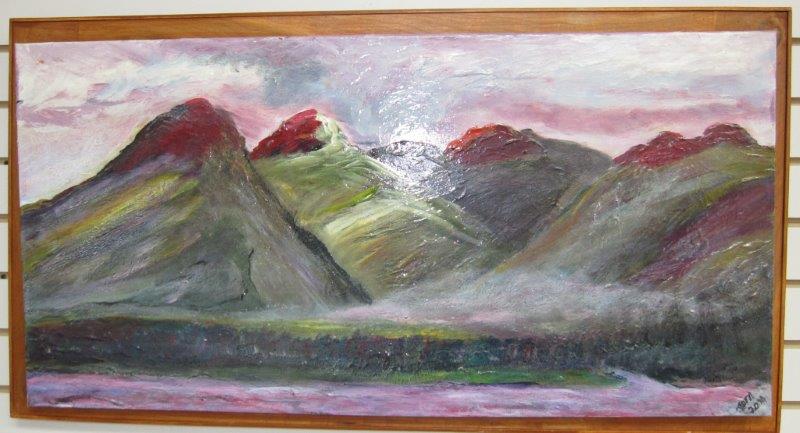